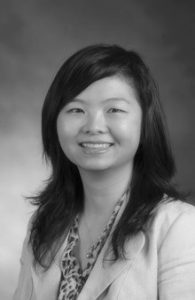 Cathy Yang Liu is a Professor and Chair of Department of Public Management and Policy at the Andrew Young School of Policy Studies, Georgia State University. She directs and teaches in the Planning and Economic Development Concentration in its degree programs. She conducts research and publishes widely in the areas of community and economic development, urban labor market and inequality, migration and entrepreneurship, as well as international urban development. Her edited book “Immigrant Entrepreneurship in Cities: Global Perspectives” was published by Springer in 2021. She received her MPP from the University of Chicago and Ph.D. in Planning from the University of Southern California.

Dr. Liu has been actively involved in UAA conferences from 2007 and serves as GSU’s institutional representative from 2012. Her recent service activities include member of Best Conference Paper Award Committee (2013-4), Conference Program Committee (2016-7, 2017-8), and Ad Hoc Journal Committee (2018). She was Chair of the Asia/Pacific Special Track Committee (2015-6 and 2018-9) as well as Chair of the Governing Board Nominations Committee (2020-1). In addition, she currently serves as a Senior Associate Editor for Journal of Urban Affairs (previously Managing Editor from 2016 to 2021).

Dr. Liu seeks election to the Board to further bridge the urban affairs scholarship and discussion across different disciplinary fields and across different parts of the world. She is also interested in exploring community-building activities outside of the annual conferences. 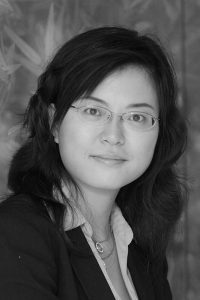 Zhilin Liu is Associate Professor and Director of the Public Policy Institute in the School of Public Policy and Management, Tsinghua University, China. She teaches undergraduate and graduate courses in research design and methodology and graduate seminar on urban development and governance. Her research focuses on urban planning and governance that promotes equity and sustainability, with specific interest in affordable housing, rural-to-urban migration, neighborhood governance, and climate change. She has published widely in English and Chinese peer-review journals, including Urban Studies, Cities, Journal of Planning Literature, Urban Affairs Review, Housing Studies, and Journal of Comparative Policy Analysis. She currently serves as JCPA’s co-editor and a board member of the International Association of China Planning (IACP), and has organized numerous events to promote international academic collaborations and support junior scholars’ career development.

Zhilin received her Master’s degree in urban geography from Peking University, China, and Ph.D. in city and regional planning from Cornell University, USA.

Zhilin has been a UAA member since 2010 and actively participated the annual conference and other events. She has served as an editorial member for JUA (2013-2020) and for UAR (since 2014).

Zhilin hopes to expand the international outreach of UAA as a leading academic organization in the study of urban affairs. She also wants to contribute to UAA’s initiatives to support junior scholars’ career development. 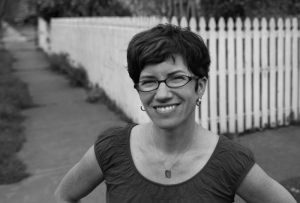 Leslie Martin is Associate Professor of Sociology and Faculty Director of the Center for Community Engagement at the University of Mary Washington in Fredericksburg, VA. She teaches a range of undergraduate sociology courses including urban sociology, community power, education and social welfare. Her research focuses on gentrification, homelessness and neighborhoods. In her current role she works to develop strong, reciprocal relationships between local communities and the University. She received her M.A. in Urban Studies from Temple University and Ph.D. in Sociology from Emory University.

Leslie’s service to UAA includes chairing the Program Committee and the Ad-hoc Committee on Recognitions, as well as serving on the Conference Policy Committee. She has presented papers, moderated sessions, and hosted breakfast roundtable sessions at the annual conference for 2 decades.

UAA has been Leslie’s academic and professional home. She seeks to join the board to grow initiatives inspired by the programming offered during the pandemic, including professional development opportunities for teaching in urban fields. 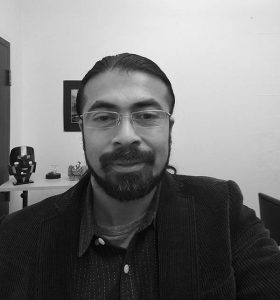 Dr. Meléndez is Assistant Professor of Planning for Engaging Diverse Communities at the University of Oregon’s School of Planning, Public Policy, and Management. Trained as a learning scientist/urban planner at the University of Illinois at Chicago, his research applies concepts and methods typically associated with the learning sciences to investigate planning contexts where findings inform and expand related practice and theory. Specifically, Dr. Meléndez’ research centers on the design of participatory and decision-making processes, to identify how language usage and tools, modes of participation, and the inclusion of new participants in these processes impact one another and influence process, policy, and learning outcomes.

In the same way he learned while participating at the annual conferences what needs there were that he could than focus on addressing, Dr. Meléndez wants to first learn the needs the board has before deciding where to apply his energy. 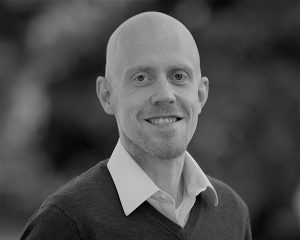 Thomas Skuzinski is Associate Professor in the Department of Public Administration at Northern Illinois University, where he leads the Local Government Management and Public Service Law & Management Specializations. He was previously at Virginia Tech as Assistant Professor of Urban Affairs & Planning from 2015-2020. His research focuses on local government decision-making and regional governance, and he has published this year in Journal of Urban Affairs and Journal of Planning Education & Research, among others. He holds a Juris Doctor (Michigan State) and Ph.D. and Master degrees in Urban & Regional Planning (University of Michigan).

Thomas was most recently on the Governing Board Nominations Committee (2020-2021). He twice chaired the Contributions to the Field of Urban Affairs committee (2018-2020) and chaired the Best Book in Urban Affairs Award committee (2017-2018). His UAA service began as a member of the latter (2016-2017). Thomas has presented at UAA since 2009 and considers it his “home” association.

Thomas has received recognition and funding at Virginia Tech and Northern Illinois University for developing transdisciplinary and collaborative programs that center research experiences for students systematically excluded from and underrepresented in the academy and research careers. He wants to grow mentorship and advocacy efforts in UAA that illuminate for early career scholars a pathway to reaching their career goals while navigating challenges based on identity, ability, and major life events (UAA Strategic Goals 1 and 6). 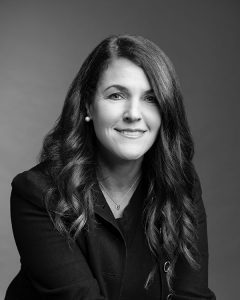 Rachael A. Woldoff is an urban sociologist and Professor of Sociology at West Virginia University. She received a PhD in sociology from The Ohio State University, specializing in crime and community. Her work focuses on neighborhood crime and disorder, urban redevelopment, and racial/ethnic differences in neighborhood attainment, as well as the subjects of neighborhood racial change, gentrification, housing affordability, and creative class cities. Her research has appeared in Social Forces, Urban Affairs Review, and Urban Studies. Her book, White Flight/Black Flight: The Dynamics of Racial Change in an American Neighborhood, was awarded the UAA Best Book Award. Dr. Woldoff received the Eberly College of Arts and Sciences Outstanding Researcher Award. She has coauthored three other books including High Stakes: Big Time Sports and Downtown Redevelopment and Priced Out: Stuyvesant Town and the Loss of Middle-Class Neighborhoods. She is Deputy Editor of the journal City & Community and is Chair of the American Sociological Association’s Community and Urban Sociology Section (CUSS). Her newest book, Digital Nomads: In Search of Freedom, Community, and Meaningful Work in the New Economy (Oxford University Press 2021), examines community, creative class cities, and the rise of remote work.

Rachael has served on UAA’s conference Host Committee and Book Award Development Committee, and she has delivered a seminar on book publishing for UAA.

Rachael seeks election to the Board to continue her work bringing greater visibility to urban and community research, especially as it relates to critical perspectives, scholar activism, public sociology, race/ethnic studies, and criminology.