In 2009, the UAA Governing Board established a new permanent award that celebrates the distinguished service and leadership of Mary Helen Callahan, Executive Director of UAA from 1980 until 2000.

The award will be given on a periodic basis to an individual who has provided an outstanding record of service to UAA and/or the field of urban affairs. We are looking for nominees who have distinguished themselves in one or more of the following areas:

The plaque will be presented at the Annual Awards Program held during the spring UAA conference. Following the conference, a press release will be prepared announcing the winner.

Nominations can be made online by any UAA member. To submit a nomination, you will need to:

Previous nominations made within the past five (5) years, are automatically included in the award committee’s review.

Individuals who have been previously nominated, but not selected for the award, may be re-nominated at any time.  There are no limits on the number of times a person is nominated. To re-nominate an individual, simply follow the nomination instructions above.

The Governing Board will identify and select recipients for the award. The UAA Executive Office will inform recipients of the award decision. 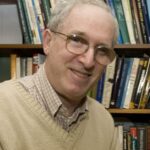 David Varady is Emeritus Professor of Community Planning at the University of Cincinnati. He is author of  twelve books, 75 journal articles and about 120 book reviews on neighborhood development, segregation, and low-income housing policies. Professor Varady has held Visiting Scholar positions at the University of Porto (Portugal), TU-Delft (Netherlands), City of Helsinki, Rutgers University, University of Glasgow, the National Association of Realtors, and the US Department of Housing and Urban Development. Since 2005, Varady has been Book Review Editor for the Journal of Urban Affairs.

Dr. Margaret Wilder began her involvement in UAA during her early faculty years in the School of Public and Environmental Affairs at Indiana University. She accepted the position at IU teaching land use planning and urban studies after completing her PhD in Geography and Planning in Ann Arbor at the University of Michigan. Prior to her Michigan days, she had spent all of her life in Texas and attained M.A. and B.A. degrees from University of Texas-Arlington. Her early work on state economic development strategies formed the basis for several UAA conference presentations that cemented her attachment to the organization. Her research garnered best paper awards from both UAA and the Journal of the American Planning Association. After accepting a position at Cornell University and attaining tenure there, Dr. Wilder served on several UAA committees and was elected to the Governing Board, eventually assuming the role of Board Chair. Subsequent professional positions at SUNY-Albany and University of Delaware led to administrative roles as department chair and graduate program director. In 2005 she became UAA’s fifth executive director. In 2013, she was inducted into the UAA Service Honor Roll.
Read the UAA award press release 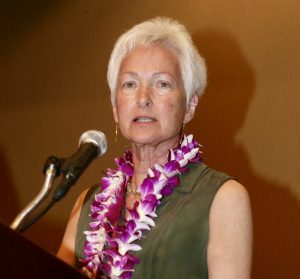 Mary Helen Callahan was the Executive Director of UAA from 1980 until 2000. In 2010, Ms. Callahan became the first recipient of the award during the 40th Annual Meeting of the UAA held in Honolulu. As the first recipient, Ms. Callahan personified the purpose of the award. As administrative assistant (from 1975-1980) to the board chair of what was then the Council of University Institutes for Urban Affairs (later renamed the Urban Affairs Association), she played a central role in establishing the early operational infrastructure and board support that launched a new national professional organization. She was instrumental in building the core activities of the organization from its annual conference to the now well-respected Journal of Urban Affairs. As the guiding hand in UAA’s development for more than two decades, Ms. Callahan epitomizes the commitment and service to the field of urban affairs that this award seeks to honor.