During the conference, awards were presented in recognition of outstanding scholarship and service. Among those honored was Yonah Freemark (Massachusetts Institute of Technology). Freemark was awarded the 2019 Alma H. Young Emerging Scholar Award. The award is given to a promising Ph.D. candidate or early career researcher whose work demonstrates a commitment to rigorous and impactful research and service.

“The Urban Affairs Association is proud to present the Alma H. Young Emerging Scholar Award for 2019 to Yonah Freemark. Mr. Freemark is a doctoral candidate in the Department of Urban Studies and Planning of the Massachusetts Institute of Technology where he also received his Masters of City Planning degree. Yonah’s work examines how partisanship of elected officials and the political ideology of residents affects infrastructure design. His work is international, drawing on case studies in the United States and France. He has already won awards for his teaching and for his research. His work is published in leading journals in planning and urban affairs, and he has published his work for a broader audience through such outlets as CityLab and The New York Times.”

Yonah Freemark is a PhD Candidate in the Department of Urban Studies and Planning at the Massachusetts Institute of Technology. He is also a member of the MIT Urban Mobility Lab and the Harvard Center for European Studies. His dissertation project, for which he is currently conducting research, is a comparative study of the politics of metropolitan mobility in France and the U.S.

As a scholar of issues related to city planning, he has focused on housing, land use, and transportation policy. His work has been published in Urban Affairs Review, the Journal of the American Planning Association, Housing Policy Debate, and the Journal of Urban History. He has also contributed two chapters to edited volumes.

Between 2013 and 2016, Yonah worked as an urban planner for Chicago’s Metropolitan Planning Council, and he served on the Transportation Committee of the Chicago Metropolitan Agency for Planning. He writes for the website he founded, The Transport Politic, and has contributed opinion and journalistic articles for the New York Times, CNN, CityLab, Next City, Dissent, and Planning, among others. 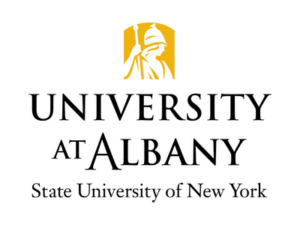