The Urban Affairs Association (UAA) has established its second refereed journal, Race, Ethnicity and the City, to be published by Routledge | Taylor & Francis Group. The founding editorship has been awarded to Yasminah Beebeejaun (University College London), and Ali Modarres (University of Washington Tacoma). The institutional home of the journal will be the University of Washington Tacoma.

Proposals for the editorship were reviewed by the UAA Publications Committee against several criteria, including: 1) strength of the intellectual rationale and vision; 2) credibility and qualities of the editorial team and proposed editorial board; and 3) strength and credibility of institutional support. According to the UAA Publications Committee, UAA Governing Board, and UAA Executive Director, the proposal by Beebeejaun and Modarres “showed a compelling combination of intellectual prowess, editorial experience and capability, institutional support, and sincere commitment to both the journal concept and UAA.”

The vision for the journal is credible, showing awareness of the requisite intellectual, thematic and geographical breadth. The proposal further demonstrates a passionate commitment to the subject matter and belief in the journal project. Both parties have real presence in the field of urban affairs, and a strong record of service in the UAA. Modarres has exceptional experience as previous Editor of a leading urban journal, Cities. The proposal offered excellent plans to showcase the journal to the urban affairs community, and enhance visibility, in the period prior to launch. There is clear institutional support, and enthusiasm from University of Washington Tacoma.

Editors’ Statement of the Journal’s Scope and Purpose:

As editors, we are both committed to the core purpose of the journal. The first one of its kind, this journal will enhance our understanding of the urban dimensions of race and ethnicity. We envision a journal that fully explores racial and social justice in all empirical and theoretical dimensions and engages with important debates on intersectionality. As editors, we will encourage contributions from around the globe that examine the complex relations between race, ethnicity and other vectors of identity, including gender, class, religion and sexuality. However, for us, race and ethnicity and further exploration of these topics as shaping the social, economic, political, and cultural urban spaces will be central. We hope that urbanists will use this journal as a medium to debate and advance our knowledge about how these topics have and continue to shape our lives, no matter where we live in the world.

Yasminah Beebeejaun, Ph.D. is an Associate Professor at the Bartlett School of Planning, University College London, UK and has held lectureships at University of Manchester and University of the West of England, Bristol. She has held visiting fellowships at the University of Illinois, Urbana Champaign; the University of Illinois, Chicago; the University of Michigan; and the American Philosophical Society. Yasminah’s teaching and research focuses on public participation and grassroots activism drawing upon interdisciplinary and comparative approaches. Her current research projects include work on public space and ethnic diversity in Europe, provision of cemeteries and crematoria for multi-ethnic groups in the UK, the construction of knowledge within planning decision making, and comparative work on shale gas development in the UK and the US. Her publications have focused on community mobilization, constructions of race and ethnicity in planning, and feminist planning. She is the editor of The Participatory City (jovis, 2016) and has published articles in a range of journals including Environment and Planning C, The Journal of Urban Affairs, Planning Theory and Practice, Urban Studies, and the Community Development Journal. Yasminah was a board member of UAA from 2014 to 2019, serving as vice-chair during 2017 and 2018.

Ali Modarres, Ph.D.is Professor and Director of Urban Studies, and Assistant Chancellor for Community Partnerships at the University of Washington Tacoma. He specializes in urban planning and public policy and his primary research and publication interests are socio-spatial urban dynamics and the political economy of urban design. He has published in the areas of immigration, race and ethnicity in American cities, social geography, transportation planning, environmental equity, and urban development and public policy. He served as the Editor-in-Chief of Cities: The International Journal of Urban Policy and Planning for eight years until 2017. Prior to that, he served as the Book Review Editor for the same journal. By the time he stepped down in 2017, the journal had achieved an impressive annual submission rate and an impact factor exceeding 2.5, making Cities the second highest-ranking urban planning/urban studies journal in the world.  Ali is a long-term member of the Urban Affairs Association, a former UAA Board member, and winner of two best paper awards from the Journal of Urban Affairs, both of which focused on issues of race and ethnicity in American cities. 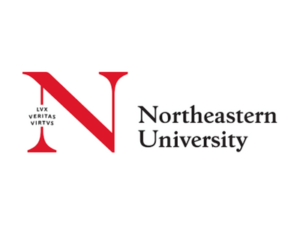 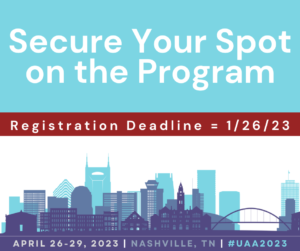 Presenters & Moderators: Register by 1/26/23 to Secure Your Spot on the UAA Conference Program! 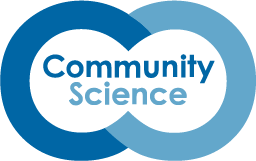